Being the crossroad between continents because of its geographical position, Greece has traces of many civilizations everywhere: From the architecture of the museums and settlements to miniature art, daily life, nutritional customs and in all forms of popular art in the various regions of the country. Upon your visit in Greece you will encounter a plethora of historical, cultural, artistic and folkloric traditions rendering the country as a World Heritage site, as stated on UNESCO’S website:

“The monuments included on the World Heritage List are selected and approved on the basis of their value as the best examples of human creative genius. They exhibit an important interchange of human values and bear a unique or at least exceptional testimony to a cultural tradition or to a civilization which is living or has disappeared. They are directly linked to important stages in human history and for this reason they have outstanding universal significance and are a part of mankind’s common heritage”.

Temple of Apollo Epicurious at Bessae (1986)

Despite the fact that this temple is geographically remote from major polities of ancient Greece, it is one of the most studied ancient Greek temples due to its multitude of unusual features. Bassae was the first Greek site to be inscribed on the World Heritage List. Its construction is placed between 450 BC and 400 BC. The temple was dedicated to Apollo Epikourios (“Apollo the helper”). It was supposedly designed by Iktinos, architect at Athens of the Parthenon.

The ancient writer Pausanias praises the temple as eclipsing all others but the temple of Athena at Tegea by the beauty of its stone and the harmony of its construction.  It sits at an elevation of 1,131 metres above sea level on the slopes of Kotylion Mountain.

The Acropolis of Athens is an ancient citadel located on a rocky outcrop above the city of Athens and contains the remains of several ancient buildings of great architectural and historic significance, the most famous being the Parthenon. During ancient times it was known also more properly as Cecropia, after the legendary serpent-man, Cecrops, the first Athenian king.

While there is evidence that the hill was inhabited as far back as the fourth millennium BC, it was Pericles (c. 495 – 429 BC) in the fifth century BC who coordinated the construction of the site’s most important present remains including the Parthenon, the Propylaia, the Erechtheion and the Temple of Athena Nike. The Parthenon and the other buildings were damaged seriously during the 1687 siege by the Venetians during the Morean War when gunpowder being stored in the Parthenon was hit by a cannonball and exploded.

Delphi is famous as the ancient sanctuary that grew rich as the seat of Pythia, the oracle who was consulted about important decisions throughout the ancient classical world. Moreover, the Greeks considered Delphi the navel (or center) of the world.

It occupies an impressive site on the south-western slope of Mount Parnassus, overlooking the coastal plain to the south and the valley of Phocis. It is now an extensive archaeological site with a modern town of the same name nearby. It is recognized by UNESCO as a World Heritage Site in having had a phenomenal influence in the ancient world, as evidenced by the rich monuments built there by most of the important ancient Greek city-states, demonstrating their fundamental Hellenic unity.

The Sanctuary of Asklepios at Epidaurus is a remarkable testament to the healing cults of the Ancient World and witness to the emergence of scientific medicine. Situated in the Peloponnese, in the Regional unit of Argolis, the site comprises a series of ancient monuments spread over two terraces and surrounded by a preserved natural landscape.

Among the monuments of the Sanctuary is the striking Theatre of Epidaurus, which is renowned for its perfect architectural proportions and exemplary acoustics. The Theatre, together with the Temples of Artemis and Asklepios, the Tholos, the Enkoimeterion and the Propylaia, comprise a coherent assembly of monuments that illustrate the significance and power of the healing gods of the Hellenic and Roman worlds.

Mount Athos is a mountain and peninsula in northeastern Greece and an important centre of Eastern Orthodox monasticism. It is governed as an autonomous polity within the Greek Republic. Mount Athos is home to 20 monasteries under the direct jurisdiction of the Ecumenical Patriarch of Constantinople. Mount Athos is commonly referred to in Greek as the “Holy Mountain”.

Mount Athos has been inhabited since ancient times and is known for its nearly 1,800-year continuous Christian presence and its long historical monastic traditions, which date back to at least 800 A.D. and the Byzantine era.

Today, over 2,000 monks from Greece and many other countries, including Eastern Orthodox countries such as Romania, Moldova, Georgia, Bulgaria, Serbia and Russia, live an ascetic life in Athos, isolated from the rest of the world. The Athonite monasteries feature a rich collection of well-preserved artifacts, rare books, ancient documents, and artworks of immense historical value, and Mount Athos has been listed as a World Heritage site since 1988.

The island of Rhodes is at a crossroads between Europe, the Middle East, and Africa. This has given the city and the island many different identities, cultures, architectures, and languages over its long history. Its position in major sea routes has given Rhodes a very rich history.Rhodes has been famous since antiquity as the site of Colossus of Rhodes, one of the Seven Wonders of the Ancient World. The citadel of Rhodes, built by the Hospitalliers, is one of the best-preserved medieval towns in Europe, which in 1988 was designated as a UNESCO World Heritage Site.

The city of Rhodes is an important urban center and popular international tourist destination.

In a region of almost inaccessible sandstone peaks, monks settled on these ‘columns of the sky’ from the 11th century onwards. Twenty-four of these monasteries were built, despite incredible difficulties, at the time of the great revival of the eremetic ideal in the 15th century. Their 16th-century frescoes mark a key stage in the development of post-Byzantine painting.

Paleochristian and Byzantine monuments of Thessaloniki (1988)

Founded in 315 B.C., the provincial capital and sea port of Thessalonika was one of the first bases for the spread of Christianity. Among its Christian monuments are fine churches, some built on the Greek cross plan and others on the three-nave basilica plan. Constructed over a long period, from the 4th to the 15th century, they constitute a diachronic typological series, which had considerable influence in the Byzantine world. The mosaics of the rotunda, St Demetrius and St David are among the great masterpieces of early Christian art.

Mystras, the ‘wonder of the Morea’, was built as an amphitheatre around the fortress erected in 1249 by the prince of Achaia, William of Villehardouin. Reconquered by the Byzantines, then occupied by the Turks and the Venetians, the city was abandoned in 1832, leaving only the breathtaking medieval ruins, standing in a beautiful landscape.

The site of Olympia, in a valley in the Peloponnesus, has been inhabited since prehistoric times. In the 10th century B.C., Olympia became a centre for the worship of Zeus. The Altis – the sanctuary to the gods – has one of the highest concentrations of masterpieces from the ancient Greek world. In addition to temples, there are the remains of all the sports structures erected for the Olympic Games, which were held in Olympia every four years beginning in 776 B.C.

According to Greek mythology, Apollo was born on this tiny island in the Cyclades archipelago. Apollo’s sanctuary attracted pilgrims from all over Greece and Delos was a prosperous trading port. The island bears traces of the succeeding civilizations in the Aegean world, from the 3rd millennium B.C. to the palaeochristian era. The archaeological site is exceptionally extensive and rich and conveys the image of a great cosmopolitan Mediterranean port.

Monasteries of Daphni, Hosios Loukas and Nea Moni of Chios (1990)

Although geographically distant from each other, these three monasteries (the first is in Attica, near Athens, the second in Phocida near Delphi, and the third on an island in the Aegean Sea, near Asia Minor) belong to the same typological series and share the same aesthetic characteristics. The churches are built on a cross-in-square plan with a large dome supported by squinches defining an octagonal space. In the 11th and 12th centuries they were decorated with superb marble works as well as mosaics on a gold background, all characteristic of the ‘second golden age of Byzantine art’.

Archaeological site of Heraion of Samos (1992)

Many civilizations have inhabited this small Aegean island, near Asia Minor, since the 3rd millennium B.C. The remains of Pythagoreion, an ancient fortified port with Greek and Roman monuments and a spectacular tunnel-aqueduct, as well as the Heraion, temple of the Samian Hera, can still be seen.

The city of Aigai, the ancient first capital of the Kingdom of Macedonia, was discovered in the 19th century near Vergina, in northern Greece. The most important remains are the monumental palace, lavishly decorated with mosaics and painted stuccoes, and the burial ground with more than 300 tumuli, some of which date from the 11th century B.C. One of the royal tombs in the Great Tumulus is identified as that of Philip II, who conquered all the Greek cities, paving the way for his son Alexander and the expansion of the Hellenistic world.

Archaeological sites of Mycenae and Tiryns (1999)

The archaeological sites of Mycenae and Tiryns are the imposing ruins of the two greatest cities of the Mycenaean civilization, which dominated the eastern Mediterranean world from the 15th to the 12th century B.C. and played a vital role in the development of classical Greek culture. These two cities are indissolubly linked to the Homeric epics, the Iliad and the Odyssey, which have influenced European art and literature for more than three millennia.

Historic centre (Chora), Monastery of Saint John Theologos and the cave of the Apocalypse in Patmos (1999)

The small island of Pátmos in the Dodecanese is reputed to be where St John the Theologian wrote both his Gospel and the Apocalypse. A monastery dedicated to the ‘beloved disciple’ was founded there in the late 10th century and it has been a place of pilgrimage and Greek Orthodox learning ever since. The fine monastic complex dominates the island. The old settlement of Chorá, associated with it, contains many religious and secular buildings.

The Old Town of Corfu, on the Island of Corfu off the western coasts of Albania and Greece, is located in a strategic position at the entrance of the Adriatic Sea, and has its roots in the 8th century BC. The three forts of the town, designed by renowned Venetian engineers, were used for four centuries to defend the maritime trading interests of the Republic of Venice against the Ottoman Empire. In the course of time, the forts were repaired and partly rebuilt several times, more recently under British rule in the 19th century. The mainly neoclassical housing stock of the Old Town is partly from the Venetian period, partly of later construction, notably the 19th century. As a fortified Mediterranean port, Corfu’s urban and port ensemble is notable for its high level of integrity and authenticity.

The remains of this walled city lie at the foot of an acropolis in north-eastern Greece, on the ancient route linking Europe and Asia, the Via Egnatia. Founded in 356 BC by the Macedonian King Philip II, the city developed as a “small Rome” with the establishment of the Roman Empire in the decades following the Battle of Philippi, in 42 BCE. The vibrant Hellenistic city of Philip II, of which the walls and their gates, the theatre and the funerary heroon (temple) are to be seen, was supplemented with Roman public buildings such as the Forum and a monumental terrace with temples to its north. Later the city became a centre of the Christian faith following the visit of the Apostle Paul in 49-50 CE. The remains of its basilicas constitute an exceptional testimony to the early establishment of Christianity. 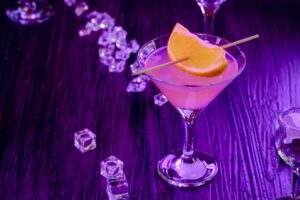 The Best Cocktail Bars on Mykonos 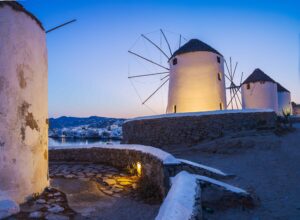