Athens is the capital of Greece, and it truly is an amazing city to explore. Your ideal vacation destination doesn’t have to be a beachside resort — and in fact, renting a villa or apartment is often cheaper than staying in hotels, especially if you plan on exploring Athens.

If you’re looking for a villa near Athens, Greece — whether you’d like a luxury property in the capital, one that can accommodate your family with everything they need — you’ll find all the information you need right here.

Rent a Villa near Athens

Maybe you are thinking, why should you rent a villa in Athens? The answer is because you’re getting a whole lot more for your money!

Even if you don’t stay in Athens for long, you may want to consider renting a villa near the city. Rent a villa near Athens and enjoy the Mediterranean lifestyle. Piraeus, is the main port of Greece and is located in the city of Athens where you can jump to the most popular islands in Greece like Santorini and Mykonos which are some of the most popular vacation destinations in Europe for sun-seekers. Also, there is the national airport of Greece (Eleftherios Venizelos) which is again located in Athens where you can plan some interesting excursions to other destinations in Greece.

Glyfada is a fashionable suburb in South Athens, located in the Athens Riviera. The area stretches from the Hymettus mountain to the Saronic Gulf. It is the largest of Athens’ southern suburbs.

It is a city of action. Days start with the early morning coffee in the marina. Next, shopping from international designers, jewelry stores, local boutiques, galleries, and dining with everyday life mixed with a sea breeze. The nights are filled with entertainment, bars, fine dining, and stylish cocktail bars.

You can enjoy all of the above in your own privacy, by renting an Athens villa in this beautiful suburb. There are so many available options. Villas with a sea view or city view from the comfort of your own private pool. Penthouses are also available with private balconies and private pools in the loft. Plenty of bedrooms and bathrooms for your satisfaction. All of them are fully equipped with modern kitchens and beautiful designs. Some of the villas are equipped with private gyms so you don’t miss a workout during your stay.

Lagonissi is a seaside residential area located approximately 30 km southeast of Athens and 35 km northwest of Cape Sounio. It is situated close to the shore and on a peninsula by the Saronic Gulf.

Being filled with luxury homes, villas and beaches. It is one of the most luxurious areas in Attica Prefecture. Restaurants, cafeterias and bars are located mainly at the heart of Lagonissi.

We recommend staying in Lagonissi and enjoying your luxurious private villas and top class restaurants and bars. Beautiful and organised sandy beaches are a breath away from the town like Pefko, Agios Nikolaos and Galazia Akti.

There are numerous indoor and outdoor activities. From horse-back riding to archaeological attractions. You also have the option to visit the wonders of the Temple of Poseidon at Sounio.

The cosmopolitan lifestyle of Lagonissi will satisfy your need for beach holidays and cultural discoveries. Your family and friends both young and old will enjoy this kind of holiday.

However, you spend your day in Lagonissi, the life around the marinas and waterside eateries will draw you in and charm you with its charisma. After all this full day it is a great choice to stay in your villa and enjoy your privacy. You have plenty of options like villas with large balconies with stunning sea view and/or garden view. Private pools are also available. All of the villas are beautifully decorated with attention to detail, making them the ideal option if you want to enjoy your vacation at the Athenian Riviera.

Other Villas near Athens

Besides Glyfada and Lagonissi there are amazing suburbs to visit like Sounio, Vouliagmeni, and Psichiko.

Sounio is famous for the Temple of Poseidon (the ancient Greek god of the sea) located in the southernmost tip of Attica. Treat yourself to a refreshing swim in the small beach by the foot of the temple of Poseidon and to some fresh fish and seafood in local tavernas. Enjoy the lovely sunset view having the ancient temple as a backdrop while facing the deep blue sea.

Vouliagmeni is a glamorous seaside suburb of Athens in a reachable distance from the center. It is the ultimate place to cool off during the summer months if you consider visiting the Athenian Riviera. Almost all the year, Vouliagmeni is a getaway and local hub, which means you can find traditional Greek dishes. Tavernas are a perfect place to try local seafood and fresh salads. You can even find restaurants perfect for a romantic dinner. Don’t miss to visit the main beach which is called “Akti beach”. It is an organized beach with sunbeds. The shore becomes crowded as summer temperatures risens and it’s a fun hangout for water sports lovers. There is also Vouliagmeni Lake, which is open all year and it’s famous for its warm crystal blue water.

Find amazing villa options where you can experience the magic that many people come to Greece for, without having to set foot on a ferry. Stay close to beautiful beaches and breathtaking views that will offer you unforgettable moments. Spacious verandas fully renovated, private parking and even elevator options.

Explore All Villas in Athens 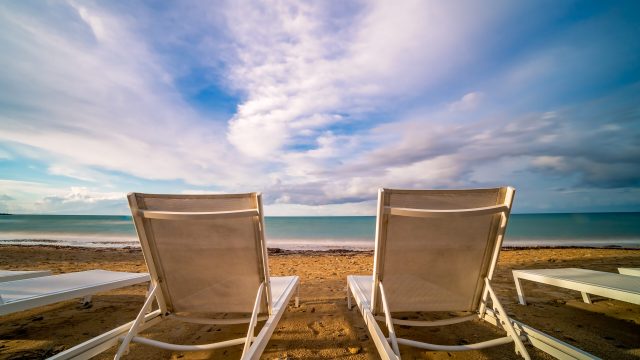 Athens is mostly famous for its sightseeing. But the suburbs offer a quick escape to beautiful beaches. All the coastline from Glyfada to Cape Sounion has plenty of organized beaches. The beaches are spread all along the northeastern and southern side of the Attica peninsula. You will find below a list of the best beaches that we recommend in Athens.

South of Athens you can find Vouliagmeni beach, on the way to Sounio. It is well organized and it gets very popular during the summer.

It is really close to the city center and has many cafeterias and sports clubs surrounding this beach.

During the summer the Glyfada beach gets very crowded. Here you can find many cafeterias and clubs that line the coast.

Varkiza town is located south of Athens. The popular Varkiza beach is sandy and well organized.

When you come to a new country, the first thing you notice is the food and the culture. Whenever you’re planning on traveling for a few days or months, choosing a place to stay can be tough. So we’ve collected our favorite places around Athens that best suit your budget and needs so that you can plan ahead with confidence.

Check our Affordable Villas in Athens

Athens is a city with a rich and colorful history. Many of its ancient monuments, such as the Acropolis and Agora, are UNESCO world heritage sites. It’s also known for its great cultural institutions such as the National Museum of Greece, the Greek National Opera House and the Greek Parliament.

Things to do in Athens 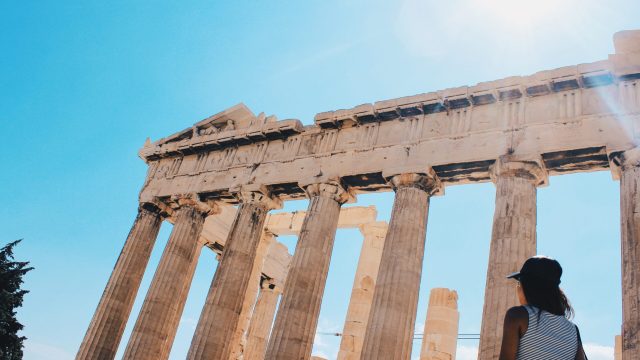 Literally when you visit Athens there are hundreds of places that you can visit depending on your time and what you are seeking for. Below we have a list of recommended most famous places that you must take the time and visit:

The Acropolis is the symbol of Greece and the Greek culture. It is the highest spot of the city and it is amongst the buildings of high historical significance, like the Parthenon which can be found on it.

The National Archaeological Museum of Athens is located near Omonia square and exhibits the finest collections of prehistoric items, bronzes, sculptures, pottery, and even Egyptian art.

The New Acropolis Museum opened its doors in June 2009. It is considered to be the jewel of the city. All the items displayed were found on excavations on the Acropolis.

The Theatre of Herodes Atticus, was built in 161 BC by Herodes Atticus, a wealthy Roman general in memory of his wife. It is one of the most impressive monuments of the city. It has extraordinary acoustic capacities and can sit up to 5,000 spectators.

Mount Lycabettus, is a hill in the Greek capital Athens. Covered with pine trees at 300 meters above sea level. It can be reached on foot or by cable railway from Kolonaki. A white church stands on top of the hill, which gives a nice view to the town. 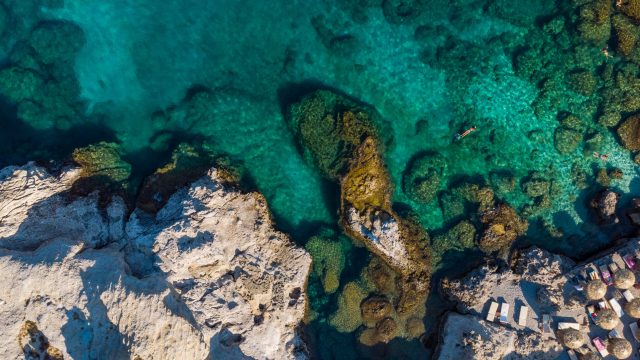 Greece is one of the most culturally diverse countries in the world. Its rich history and celebrated culture have attracted people from all over the world for centuries. The country’s landscapes are diverse, ranging from the mountainous Greek mainland to its many islands. Many of these islands are small but have a rich history and culture of their own.

The Greek Islands are a slice of paradise just waiting to be discovered. If you’re looking for a romantic getaway, a relaxing vacation, or even an opportunity to see the world, go explore the Greek Islands! The islands of Greece are a popular choice for vacationers who want to enjoy warm weather, stunning scenery, and easy access to world-class attractions.

Choosing to spend your time in the Athenian Riviera is just the right choice to feel free, see new things, relax and enjoy some time off away from everyday life. And a beautiful Athenian Riviera villa can make your days even more relaxing. Their convenience, elegance, and charm will make you feel like you’re living the ultimate Greek experience.

So why wait any other moment? Find your desired Athens villa today & start living the dream!